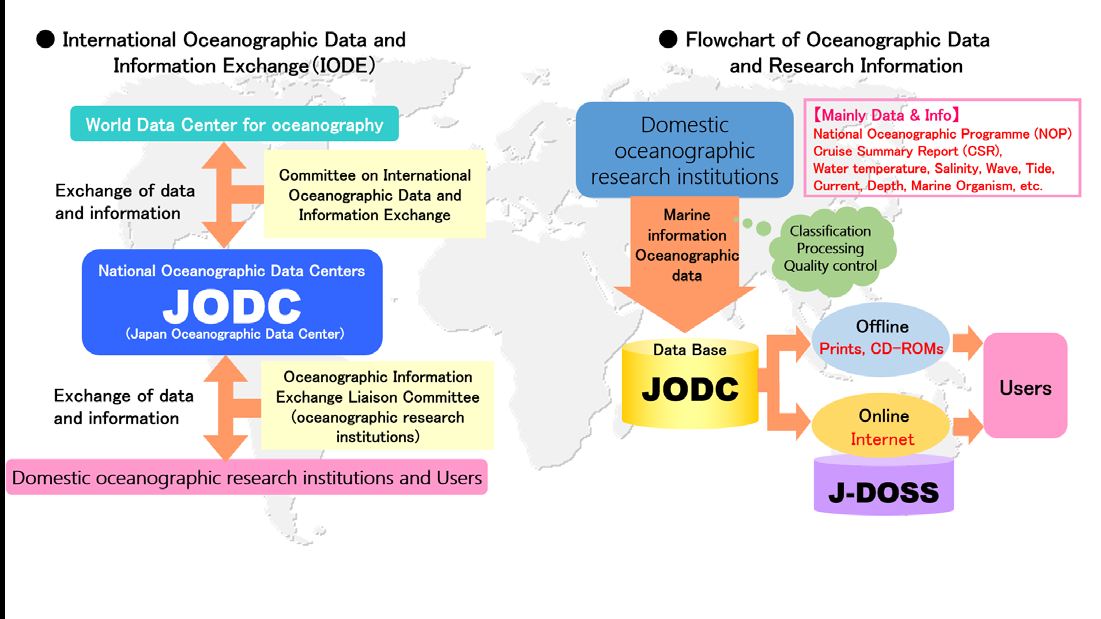 Hydrographic observations along the 137°E meridian

Hydrographic observations along the 137°E meridian have been taken continuously for over five decades since the Japan Meteorological Agency began operations in 1967. Nowhere else in the world have repeat hydrographic section been taken on a continuous basis for this long of a period of time. The availability of all data obtained since observations began to all researchers has been met with a very positive reception by ocean-related parties both in Japan and overseas. In order to clarify changes in the carbon cycle, which is vital for earth system models to predict global warming, observations are also being made of carbon dioxide-related underwater carbonate parameters (total carbonate, alkalinity, and hydrogen ion concentration (pH)) and chlorofluorocarbons. 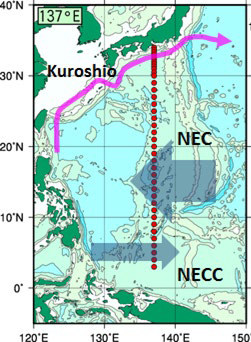 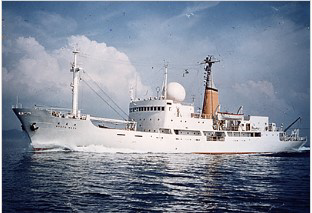 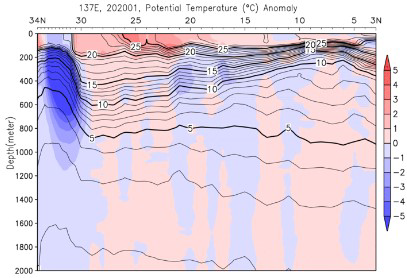